If you don’t know what’s Beta Testing & what WhatsApp has to do with it, please visit my earlier post – “Beta Testing a Mobile App | Join WhatsApp Beta”

As we all know, WhatsApp is inviting Android users to beta-test an unreleased version of its application, directly via the Google Play store. Having just submitted my WhatsApp Android Beta – Testing Report to the Support group (with 14 observations), let’s look at some details of the program…

WhatsApp has been providing updates of its app via its own site, but users had to agree to allow their devices to permit installations “from untrusted sources,” because those updates weren’t coming via Google Play. It does make more sense to have an official Play Store beta program. Updates get delivered automatically, they’re incremental so you don’t have to download the entire APK (Android application package) each time WhatsApp releases a new bug fix, and you don’t have to change the untrusted sources setting.

What does it say?

The Google Play page for the WhatsApp testing program reads:

If you are tired of the bugs and new features, you can leave the beta program by heading to the same page. But the process is a bit cumbersome. Switching to the public version can be done in two steps.

What this also means is that you will have to back up your chats on Google Drive before you uninstall the testing version and then restore once you have downloaded the public version. 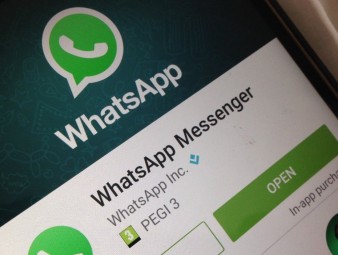 Each update needs to be made stable and smooth, which is why the developers are constantly releasing more updates for the WhatsApp APK. Another minor update has been released with version number 2.12.479 and build number 450949. The WhatsApp 2.12.479 APK download file weighs 26.94 MB and is compatible with all phones and tablets running on Android 2.1 or later. As for the changes, do not expect more than general improvements and bug fixes. That said, every update is important as they make the app better and better.

As for the earlier public version released on Feb-16,

You should know that this latest WhatsApp APK update isn’t a stable release and is still in the beta phase. While this update should be as stable as the previous one, beta builds are known to have bugs in them that might cause erroneous behavior in the devices they are installed on. Users wanting to switch to the beta version might be happy with the new features, but your friends may not be able to take advantage of the same.

Are you interested in beta-testing the app? Join now…